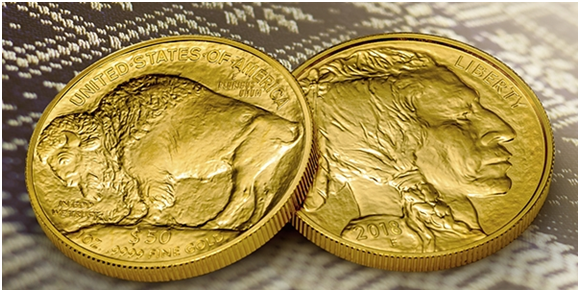 5 Best Made And Most Popular Gold Bullions In The World

People of the world are fond of collecting all sorts of stuff. Coins, badges, stamps, tickets, etc. All of them worth a lot if they are rare and well kept. Between, the most valuable overall are the gold bullions or also known as gold coins.

Based on the interest collectors have in them, they might have a price much higher than the regular one of most of the coins. In addition, we’ll tell you who are the most popular and best-made gold coins in the world. Read on and find out!

The American Buffalo is a legendary series of coins minted in the official US mints. It was made in 2006 and the design was based on the legendary nickel from 1913. On the front side is the famous American buffalo and on the reverse is the head of a Native American chief.

The official value is $50 and the quality is .9999 24 karats. The first proof coin was sold for $800 and each year the price was rising to reach $2.010 in 2011. It weighs 1 troy ounce. The gold buffalo coins can be bought on the internet and they worth a little more than the official price of the gold on the market.

The Canadian Maple leaf has a lot of tradition. It was first minted in 1979 worth 50 Canadian dollars. This is stamped on the front side where the face of Elizabeth the Second is shown. On the reverse is the famous Canadian Maple leaf. The bullion weighs exactly one troy ounce and the quality is 99.99 24 karats. This was the original back then.

Since then, the coin is made in different sizes and denominations. What’s interesting in it is that in 2007 the Canadian government decided to make a huge 1 million dollar bullion. When they made it, the coin was half a meter in diameter and 3 centimeters thick. The value was priced at 3.5 million dollars.

Australian Kangaroo or the Australian nugget is the most famous bullion of the land down under. This country is famous for its gold production over the centuries. Millions of people traveled thousands of miles just to join the rush that was looking for pure nuggets. You can say that Australia’s history and presence are built on the cornerstone of the gold rush.

The Kangaroo 24 karat coin has a .9999 purity and different denominations had a different weight. The piece was first minted in 1986 and is still in production today because it is one of the most famous and popular coins in the world.

The Chinese are also famous for their gold production. The country has a great tradition in minting gold coins and this particular one had a huge success when it was first released in 1982. The first denominations were with 100 yuans and below. This one weighed exactly one ounce with a 99.99 purity.

Since 2001 the face value went up to 500 yuans and below, but what’s more interesting is that as of 2016 the Chinese abandoned the troy ounce system and switched to the metric system. The 500 yuan piece was made in 30 grams or 0.9645 troy ounces. See the difference between the metric and the imperial system here.

There’s no winner here. They are all beautiful and amazing in their own way. Depending on what’s your favorite part of the world, or if you have a preference for someone’s minting style, you can choose your own winner.