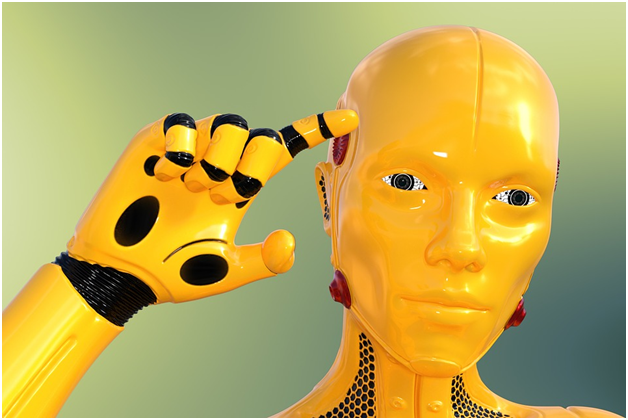 A Detailed Analysis On Robotics Market And Opportunities For Global Investors

Robots are essentially machines that can be programmed to carry out specific tasks without the need for human intervention. The field of robotics is a combination of engineering and science that is responsible for the designing, construction, programming, operation, and use of robots. With the evolution of robotics technology, advanced robots are equipped with exceptional capabilities which are further enhanced by incorporating the use of artificial intelligence and machine learning.

The field of robotics has been growing at a rapid pace, fuelled by technological advancements, increasing applications of robots, demand from diverse industries and greater acceptance of the use of robots. While earlier robots were typically confined to industrial settings and designed to complete simple tasks, modern robots are more versatile and can work alongside humans as well as directly in the consumer landscape. The costs of robots are also reducing, making them more accessible for industrial and consumer purposes.

Robotics is a vast field and includes various sub-divisions such as industrial robotics, service robotics, nano-robots, agricultural robots, domestic robots, medical robots, and military robots. Based on the global robotics market analysis, there is immense growth projected, with the global industrial robotics market itself expected to reach a value of $68 billion by 2020, growing at a CAGR (compound annual growth rate) of 14 percent.

The five major markets for robotics are China, Japan, South Korea, the U.S., and Germany, together contributing to around 75 percent of the global robotics market in terms of sales volume. The average robot density based on the number of robots per 10,000 employees is highest in Europe with 92, followed by the Americas at 86 and then Asia with 57. Top global service providers are Fanuc, Yaskawa, ABB, Kawasaki, Nachi, and Kuka.

There are several factors that are driving the growth of the global robotics market, led by an increase in demand for robots to reduce labor costs, decrease the risk of human error, free up human resources, and conduct tasks that are hazardous for humans. With many developed countries in the world having an aging population, labor has become more expensive, and robots offer a cheaper, more reliable and more efficient alternative. In addition, robots offer a significant boost in productivity since they can be run for longer hours without the need for as many breaks.

In industrial settings, robots can operate heavy machinery with greater safety, leading to significant demand for robots from the automotive industry and other manufacturing sectors. Robots with flexible programming, artificial intelligence, and machine learning capabilities can be re-trained to serve different purposes, further increasing the benefits and demand for such robots. Mass customization is another popular trend that is driving the growth of the market.

Despite the rapid growth predictions, the robotics market also faces certain constraints. While the cost of implementing robotics has reduced, the initial implementation costs are still considerably high and the period for ROI is long, hampering the growth of the market. In developing nations, labor is still available at low costs, and is, therefore, is more preferred rather than replacement with robotics. Industrial manufacturing has stagnated at a global level, which has reduced the demand for robots from the manufacturing sector. Another challenge is the dearth of trained professionals to set up and maintain robotic setups.

Opportunities For Global Investors in the Robotics Market

There are abundant opportunities for global investors in the robotics market since the market is versatile and is projected to have rapid growth in the coming years. There is potential for investment in existing technologies as well as in developing technologies, based on the preference of the investor.

New robots are now being developed with human-like traits such as intelligence, learning ability, object recognition, and flexibility, thereby increasing their applications in various fields. The concept of collaborative robots or cobots is gaining in popularity, where the robots are designed to work alongside humans, in a safe and secure manner. In medicine, nano-robots are used for micro and high precision surgeries, and may soon be used for remote surgeries as well. In emergency situations, search and rescue (SAR) robots are used to help locate survivors and aid in relief.

The Internet of Things (IoT) is also expected to receive a significant boost with robotics through the Internet of Robotic Things (IoT) which would use robots to make decisions and carry out actions based on information received from the various IoT devices and sensors. Robots may soon also be used to make home deliveries, serve in restaurants, and fetch items in hotels and hospitals.

The robotics market is extensive and versatile, with great potential and opportunities for global investors. Although the costs of robots do pose a challenge to the expansion of the market, the costs are expected to become more affordable in the coming years. Robotics technology is advancing at a rapid pace which will further fuel the growth of the market, making it a profitable market for global investors.