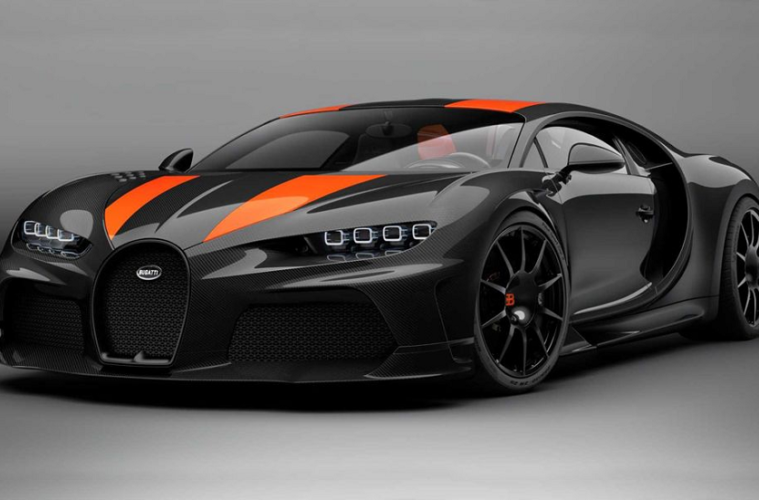 With this model, Bugatti is paying homage to its racers who raced their legendary cars to victory in the 20th century. This special-edition Bugatti Chiron hypercar is limited only to 20 examples. Production will begin before the year ends, but each car will cost roughly ₹ 26 crore.

You can tell the difference from the regular Chiron and this one by noticing its ‘Gris Serpant’ matt grey paint, that has been inspired what once gave airplanes their identity in the 1920s. There’s a broad white racing stripe that runs the length of the car, and on the sides, you will notice unique badging and some French flag motifs that give the outer appearance its own look.

The aviation-inspired theme can be seen on the inside as well. The door panels sport a ‘hand’sketched’ depiction of a Nieuport 17 airplane racing against the historic Type 13 racer, the first-ever model to sport the Bugatti badge. Type 13 was the reason behind Bugatti’s establishment as a champion on the motorsport stage, and this new Chiron special edition’s cockpit has inspired by the Type 13’s cockpit and gets a polished aluminium armrest and centre console insert. We love the light brown leather upholstery that harks backs to an era of old cars and warplanes.

Ettore Bugatti cars, the founder of what we know as one of the most expensive and fastest hypercars on the market. This man loved his drivers for their technical skill and their passion for speed, many of whom were made to drive their single-seater racers after having flown fighter plans as well. Most of Bugatti’s successful race car drivers started out at their careers as fighter pilots, flying for the French Air Force. The special edition model pays tribute to these legends.

This limited-edition car’s engine has been untouched, which means all 20 exclusive cars will be powered by the same 8.0-liter, quad-turbo W16 motor that puts outs 1479bhp and 1600Nm of torque, while the car will reach a top speed of 420kph. We’re not sure if this edition marks the end of Chiron’s journey. Acceleration is profound, but there is turbo lag, and very quickly, you feel a strong surge as things outside go by in a blur. The engine isn’t as pleasing to the ears as a Ferrari; in fact, it’s more like a small jet plane taxing on the runway. The turbo spools up, and when you lift your foot of the throttle, it whistles and exhales. The ride is reasonably okay, while the handling is good for a car of its size.  Also, check the latest info on the upcoming cars in India, only at autoX.