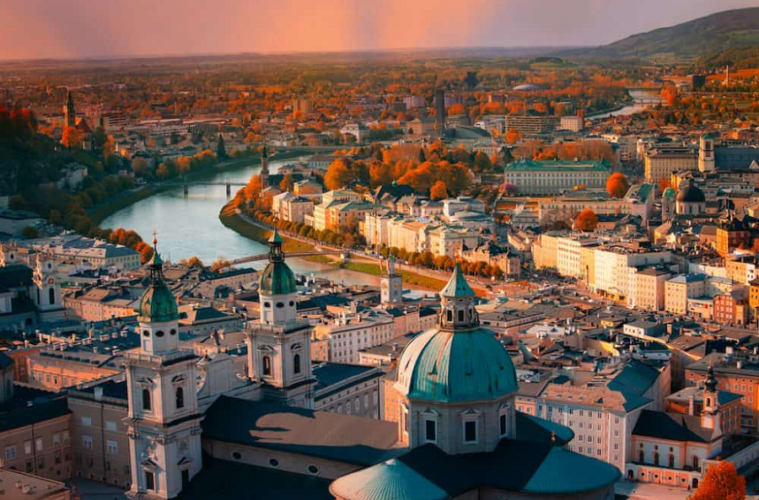 Top 5 Things To See When You Visit Austria’s Capital

The capital city of Austria, Vienna, was always a cultural and commercial hub in Europe, which is why many people like to visit this amazing place. Its geographical positioning serves as a gateway between eastern and western Europe; it gives the city a strong historical and cultural heritage.  Moreover, the city offers great food, historical buildings, gothic architecture, palaces, and art.

If you love Football, the city is also famous for organizing one of the oldest football derbies. If you are mistaking Vienna to be a peaceful city, visit the city during football championships. Inside the stadium, you can see the football fanatics cheering and supporting their favorite local football clubs like FC Vienna, Rapid Wien II, FC Wein, etc.

To make your Vienna exploration amazing, we brought you five places to explore when you are in Vienna, the charming city in Austria.

The Hofburg Palace serves as the official residency for every Austrian ruler from the year 1275, making the Hofburg palace one of the significant buildings in Austria. Currently, the Hofburg serves as residency of the Austrian President.

Even if you were not a Catholic, you would not resist yourself from visiting the Beautiful St. Stephen Cathedral. The Church has Gothic Architecture that will be in awe of when you see visit the cathedral. Despite its beauty, the St. Stephen Cathedral is the historic center of Vienna as it is the residence of the archbishop since the year 1722.

Yes, Vienna has its derby, and if you land in Vienna at the right time, you can experience the football enthusiasm by going to any club matches. Vienna has some good old clubs that are fan favorites, like Wein sports club and FC Vienna.

The thing that surprises you the most is Vienna’s fan culture, which is inclusive of all types of people. The clubs including FC Vienna have a strict policy against racist and homophobic comments and chants.

The Spanish Riding School is popular among the tourist. The school display one of the best equestrian skill, which known to thrill the audiences. Moreover, the school dates back to Emperor Maximillian, which makes it a historic building.

Belvedere Palace has everything that will make you feel like royalty when you visit this marvelous palace. The palace has a marble hall, beautiful green garden, marble sculptures, and fountains that give it a royal character.