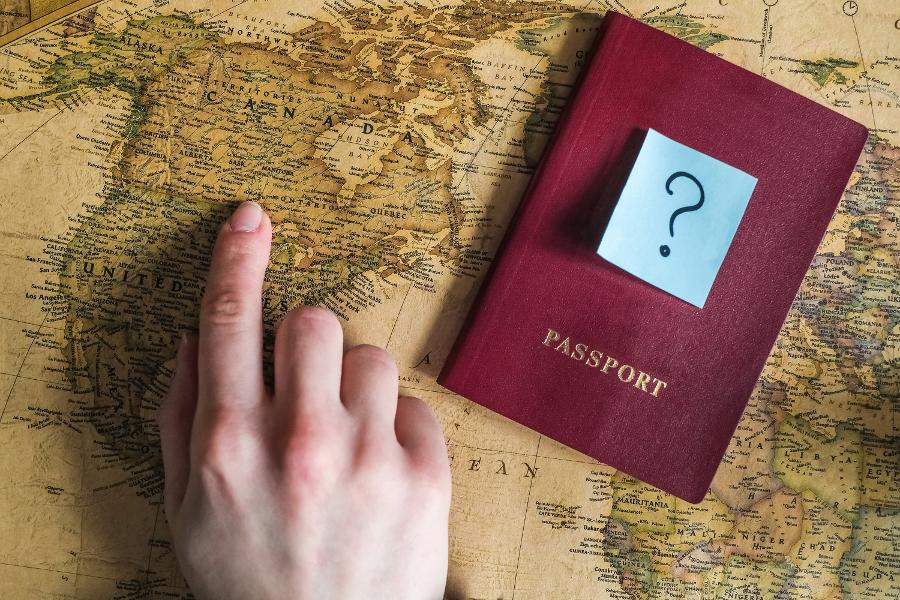 History was made in 2017when a record number of Brits left the UK for a visit abroad – 72.8 million to be precise. Findings show that this was a three percent increase on the previous year. As a population, we base our entire year around boarding a plane for our holidays, to escape from the hustle and bustle of everyday life. We live for our breaks away, be it weekend city jaunt, a honeymoon, or the grand so-called gap year – it’s what we most look forward to.

The UK passport is the one of the most valuable in the world and it’s fair to say that we often take for granted, our ease in taking the opportunity to travel abroad – indulging in both foreign cuisine and constant sunshine. For some nationalities, however, money isn’t the only factor which restricts them from hopping on a flight – their passport does.

It may seem unfair but it’s true that some passports afford their holders more freedom and unrestricted international access than others. Donald J Trump slapping sanctions on Iran is only the tip of the iceberg, as throughout the world there are numerous countries, that due to international disputes do not allow access without a full visa.

There is in fact, an accurate assessment of how many countries a passport grants its holders visa-free or visa on arrival access. Henley and Partners’ passport index is the official rank of the world’s most powerful passports. Let’s take a closer look at the world’s most valuable passports and the agreements that have made them that way.

For the second consecutive time, Japan has claimed top spot, fighting off tough opposition from the likes of Singapore and South Korea. Citizens of the land of the rising sun are able to cross the border into 190 different countries, one more than their two aforementioned Asian counterparts.

In 2017, Japanese citizens were granted visa-free travel to Myanmar, the state formerly known as Burma. The government in the state has requested however that tourists must have at least $1000 in the bank before entering. Approximately 100,000 Japanese visitors came to Myanmar, in most occasions the capital, Rangoon, in 2017.

The most notable nations that Japan has visa-free access to that the UK doesn’t, are Iran, Mongolia, and China. The latter of which, visitors must apply for a visa on arrival.

Both Americans and Brit’s, who held a joint-first position in 2015, have fell to sixth place. The two countries share the position with Austria, Netherlands, Norway, Portugal, and Switzerland, allowing visa-free access to 185 nations, five behind that of Japan. Henley Chairman, Christian Kalin, notes how, “an open-door policy has the potential to contribute billions to the global economy, as well as creating significant employment opportunities.”

The UK’s European Union membership has provided citizens with the ability to move freely throughout member states since the agreement’s infancy, however, with the current situation, circumstances could so easily change.

Previously boasting visa-free access to 186 countries, the introduction of e-visas in Turkey, which are required prior to arrival, the UK has slipped overall. It must be noted, however, that since the passport index began in 2006, the UK has dramatically increased in access numbers, from 126.

Interestingly, current plans exist to revert from red back to the traditional blue passport that the UK used prior to joining the EU, and if they were to do so, the printing of these passports will be carried out in France.

The two European states sit join third, ranking just below Singapore and South Korea. In terms of their comparison to the UK, both countries can apply for a visa on arrival in Iran. On the alternative passport index powered by Arton, Germany ranks slightly higher than France, offering the visa on arrival service in both Pakistan and Mongolia. Various aspects will be taken into a consideration when a country is deciding whether to allow other nations visa-free access. For Germany, they have placed a particular level of emphasis on building relationships with foreign countries.

Despite being ranked by Arton as having the world’s strongest passport, the UAE comes in at 21st on Henley’s scale. The oil-rich state’s attitude towards foreign affairs has seen it significantly climb in recent years, with Kalin suggesting how ‘this is not only a benefit to the UAE’s citizens but also the wider international community’.

Both Iraqi and Afghani nationals prop up the bottom of the index, with their passports only allowing access to 30 countries respectively. Meanwhile, if you were to follow the Arton index, Iraq ranks slightly higher than Afghanistan with a score of 33, as opposed to Afghanistan’s 30. Iraqi’s have visa-free access to Ecuador and Malaysia, that its counterpart does not.

It comes a no surprise that some of the world’s richest countries rank the highest in terms of their passport’s worth, while similarly the countries torn apart by war at the lower end of the charts. The UAE is also a fine example of a country who is committed to establishing the wealth of its passport.

Article brought to you by a leading UK brochure printing company, Where The Trade Buys.